The Digital Mapping of Ireland’s Eighteenth-Century Barracks: The Munster Story

A lecture by Dr Ivar McGrath, UCD School of History 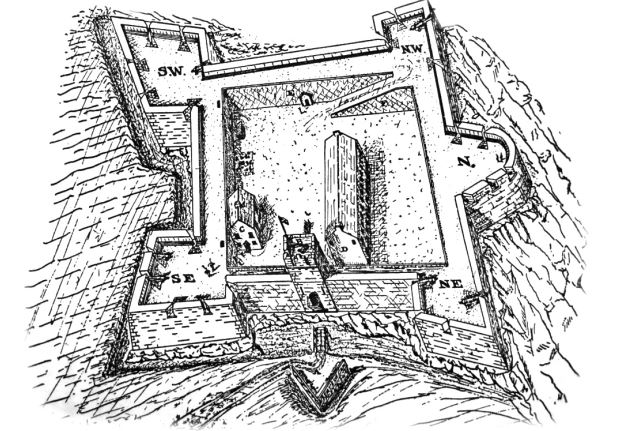 This lecture focuses upon the Munster component of a current UCD research project aimed at mapping the eighteenth-century residential army barracks in Ireland and assessing their social, economic, cultural, environmental and political impact upon the country. The commencement of the building of a countrywide network of barracks in Ireland in the late 1690s was a wholly new and innovative approach to dealing with the age-old problem of maintaining a standing army in both peace and wartime. The Irish model was to set the example for the rest of the British empire, as the utility of such residential military complexes became more apparent to both the state and the general public. As part of the project, a pilot website has been created which will be utilised during the lecture. The website is available at http://barracks18c.ucd.ie/. The lecture will look to offer some insights into the project itself, the nature of the barracks built in Munster, and the wider purpose of the website.

Ivar McGrath is a senior lecturer in the UCD School of History. The original idea for mapping the barracks of eighteenth-century Ireland emerged out a chapter on the subject in his 2012 book, Ireland and Empire, 1692-1770 (London, 2012). There may also have been a residual hangover from his previous career prior to becoming a historian, given that he spent three years serving as a private soldier in the Irish army in 1983-6, including six months with UNIFIL in 1984-5. He has published widely, including The Making of the Eighteenth-Century Irish Constitution: Government, Parliament and the Revenue, 1692-1714 (Dublin, 2000), articles in The English Historical Review, Irish Historical Studies, Parliamentary History, Eighteenth-Century Ireland, and co-edited works as follows: Converts and Conversion in Ireland, 1650-1850 (Dublin, 2005); Money, Power and Print: Interdisciplinary Studies on the Financial Revolution in the British Isles (Newark, 2008); and People, Politics and Power: Essays on Irish History 1660-1850 in Honour of James I. McGuire (Dublin, 2009).